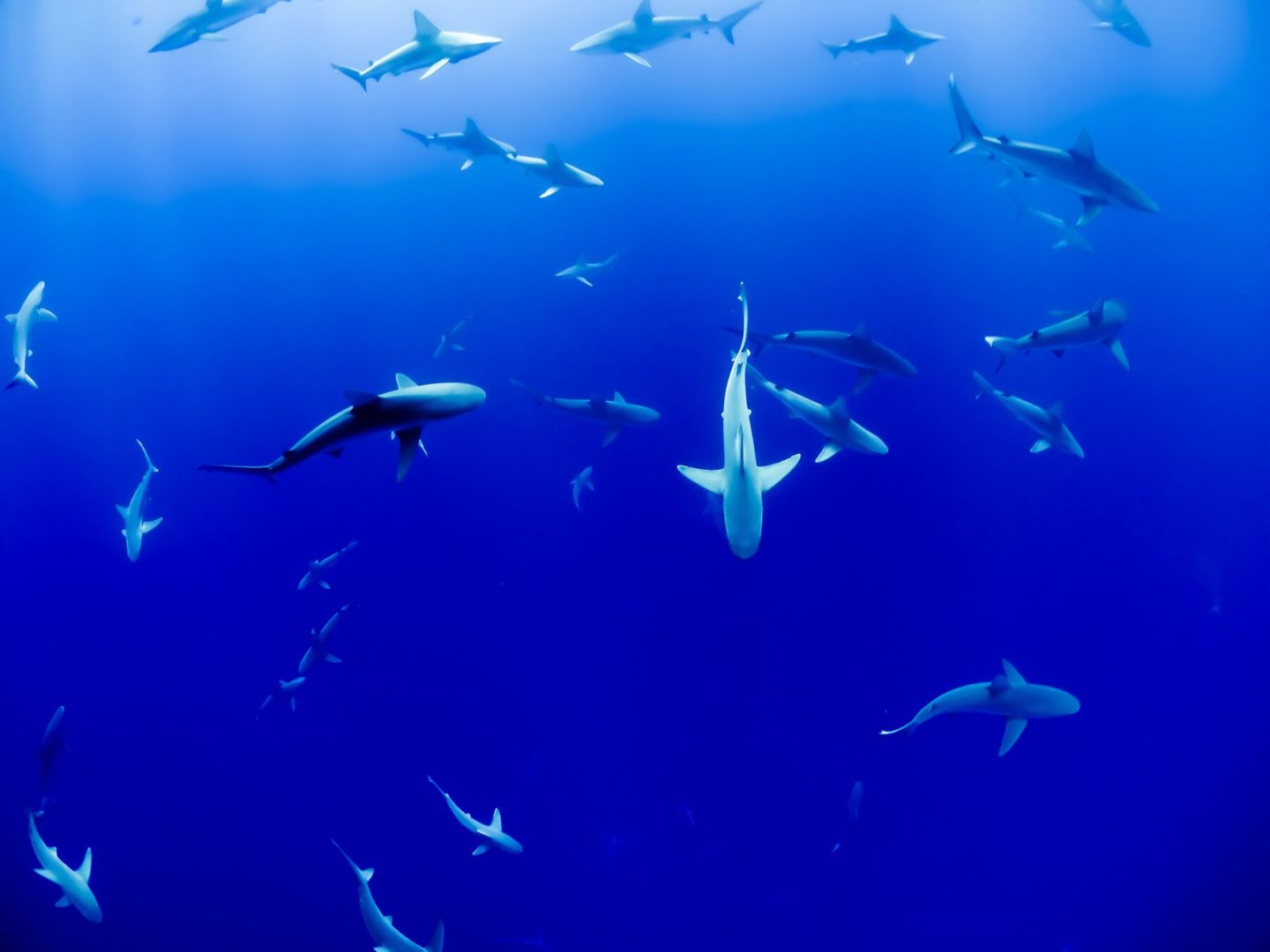 There are many different species of sharks, both alive today and in the fossil record. However, it’s not all good news when it comes to these creatures. Just like other animals, some species have become extinct over time, including several types of sharks that are no longer with us. Continue reading to learn more about four specific shark species that have gone extinct as well as the reasons behind their demise.

Megalodon is probably one of the best known extinct sharks, and for good reason. This shark reached lengths of over 50 feet (15 meters), making it much larger than most other species on this list. What truly made megalodon stand out was its upper jaw, which stretched 6 feet (1.8 meters) across and contained around 276 teeth at any given time. The shark was likely an active predator that evolved to exploit the huge amount of resources available in its habitat, which included the Atlantic, Pacific, and Indian Oceans. Scientists believe megalodon became extinct about 2.6 million years ago due to a lack of large prey and competition from other predators such as killer whales and great white sharks, both of which exist today.

Cladoselache is a predecessor to modern sharks that lived in the Devonian Period about 360 million years ago. Since very little was known about the creature until recently, we only have fossil evidence to rely on for information regarding its existence. However, scientists have been able to learn a great deal by studying the only existing specimen, which was found in Ohio in 1928. Cladoselache grew up to 6 feet (1.8 meters) long and had gills for breathing as well as functional lungs, making it one of the first creatures on Earth to have adapted these features. This extra set of lungs may have played a role in its predatory behavior, which included swimming up to the water’s surface and gulping air before diving down again. Cladoselache was likely an ambush predator that preyed on fish and invertebrates such as cephalopods. Unfortunately, this ancient shark went extinct around 298 million years ago due to a lack of food resources and competition from other fish species.

Stethacanthus was another early shark that lived during the Devonian Period about 380 million years ago. This small shark only grew up to 2 feet (0.6 meters) long and had a unique feature in the form of a spine that protruded from its back. Scientists have long debated the function of this spine, with some proposing that it was used for defense while others believe it served a sensory function. What is known for sure is that this shark was an active predator that fed on fish and other small sea creatures. Unfortunately, this species went extinct about 360 million years ago due to a lack of food resources and the inability to adapt when competition from other sharks began to pick up. Similar in size and appearance, Stethacanthus may have been preyed upon by larger predators such as Dunkleosteus.

Xenacanthus was another early shark that lived during the Devonian Period, about 370 million years ago. This species is an ancestor of modern sharks and had a spindle-shaped body that grew up to 7 feet (2 meters) long. It also possessed saw-like teeth on its lower jaw as well as fang-like teeth on its upper jaw. Scientists believe xenacanthus used these sharp teeth to catch fish but may have had trouble swallowing them, forcing it to spit its meal back up. This creature had an elongated dorsal fin that ran the length of its body and probably served a stabilizing function during swimming. Xenacanthus went extinct around 370 million years ago due to a lack of food resources and the inability to adapt when competition from other sharks began to pick up.

While they may not be as well-known as megalodon, each of these sharks played an important role in the development of the modern shark species we know today. Each of them went extinct for different reasons, but all offer a fascinating glimpse into the ancient world of sharks. Sharks have been around for millions of years and have evolved to become one of the most successful predators on Earth. However, not all sharks have been lucky enough to survive the test of time.